PORCUPINE TREE, SUCCESSFULLY REUNITED AFTER MORE THAN A DECADE, WILL PLAY ARTMANIA FESTIVAL 2023

Successfully reunited after a decade long hiatus, British band Porcupine Tree is coming to Romania for the first time, to play at ARTmania Festival 2023. The festival takes places between 28-30 July 2023.

Porcupine Tree was set up by Steven Wilson in 1987. The band’s current lineup is Richard Barbieri (keys), who was also part of the new wave group Japan, and Gavin Harrison (drums), who also collaborates with Pineapple Thief as well as with King Crimson.

Both Steven Wilson and Gavin Harrison have been part of ARTmania Festival’s lineup with their other projects, Wilson as a solo artist in 2018 and Harrison with Pineapple Thief in 2022, respectively.

In Porcupine Tree’s history, Steven Wilson has been the only composer for the band’s first years. In 1993, he began to collaborate with several musicians, among whom we have to mention Richard Barbieri (keys), Colin Edwin (bass), and Chris Maitland (drums). The first lineup held until 2022, when Gavin Harrison replaced Chris Maitland.

Over the years, the group made musical changes as well. They’ve gone from psychedelic rock, through space rock, experimental rock, prog rock, alternative, all the way to progressive metal.

Porcupine Tree has been largely inactive on the musical scene between 2010 and now, as Steven Wilson nursed his solo project and the other members took care of their own parallel projects. Steven Wilson, Richard Barbieri, and Gavin Harrison has continued to work on and off, in secret, and a little over a decade later „Closure / Continuation”, their latest album, was finally presented to the public.

The album, which is the result of 12 years of creative work, was released in June 2022. The successful release was followed by a string of successfully sold out European arenas, with Randy McStine (guitar) and Nate Navarro (bass) joining them. Among the great successes, we’ll mention the recent Wembley Arena concert, where Porcupine Tree played for 12.000 people.

„Right now we feel it probably is in the top three best records that we’ve ever made, alongside In Absentia and Fear of a Blank Planet. It’s pure Porcupine Tree but at the same time it sounds fresh, there’s a lot of space there.”, the band says about “Closure/Continuation”.

For ARTmania’s 16th edition, included in “Musical Bridges through Cultural Entrepreneurship”,  run by ARTmania Events with Inferno Metal Festival & Music Conference and Midgardsblot Festival, two of Norway’s most important rock events, the bands Emperor (Norway), SAMAEL (Switzerland), Pain of Salvation (Sweden) have been confirmed and more names will be announced in the coming weeks.

Passes for ARTmania Festival 2023 can be purchased on the official website (www.artmaniafestival.ro) and on iabilet.ro for 400 lei/piece + taxes (80€ + taxes).

„„Musical Bridges Through Cultural Entrepreneurship” is financed with the support of EEA Grants within the RO-CULTURE Programme. The project has a non-reimbursable value of 980.230,30 lei (198.102,36 euro) and is carried out over a period of 12 months.

The EEA Grants represent the contribution of Iceland, Liechtenstein and Norway towards a green, competitive and inclusive Europe. There are two overall objectives: reduction of economic and social disparities in Europe, and to strengthen bilateral relations between the donor countries and 15 EU countries in Central and Southern Europe and the Baltics. The three donor countries cooperate closely with the EU through the Agreement on the European Economic Area (EEA). The donors have provided €3.3 billion through consecutive grant schemes between 1994 and 2014. For the period 2014-2021, the EEA Grants amount to €1.55 billion. More details can be found on www.eeagrants.org și www.eeagrants.ro.

RO-CULTURE Programme is implemented in Romania by the Ministry of Culture through the Project Management Unit. The Programme aims at strengthening social and economic development through cultural cooperation, cultural entrepreneurship and cultural heritage management. The total budget amounts to almost 34 million EUR. For more details access www.ro-cultura.ro.

ARTmania Festival, the first Romanian festival that developed the idea of combining art and entertainment in Romania, is a platform dedicated to promoting all forms of artistic expression inspired by rock culture.

Since 2006, ARTmania has established itself as the main regional promoter of contemporary music projects. Music is the core component, but it is only a part of the experience that ARTmania Festival wanted to offer to art lovers from Romania and abroad. From the very beginning, ARTmania was conceived as a cultural platform to offer the public various events and ways to experience different forms of artistic expression, such as concerts, exhibitions, book launches and film screenings.

As the longest-running rock festival in Romania and one of the brands with the longest tradition on the regional cultural scene, ARTmania has shaped its own identity through a bold concept and a special environment: the Great Square of one of the most beautiful medieval fortresses in Eastern Europe.

ARTmania is constantly exploring new directions, building on the experience of previous editions where many important artists have performed. Among them are Steven Wilson, Peter Hammill, Serj Tankian, Devin Townsend, Dream Theater, Opeth, Die Toten Hosen, Nightwish, Within Temptation, Apocalyptica, HIM, The Gathering, The Sisters of Mercy, Anathema, Apocalyptica, Lacuna Coil, Helloween, Lacrimosa, Poets of the Fall and Deine Lakaien.

The 16th edition of ARTmania will take place during  28th – 30th of July 2023, in Sibiu, Transylvania, Romania.  More details will be revealed soon so stay tuned.

Emperor, iconic name and one of the symphonic black metal pioneers, chooses ARTmania Festival for its first concert in Romania. SAMAEL, an industrial black metal pioneer, also joins, together with Pain of Salvation, the line-up of the festival which will take place between the 28th – 30th of July 2023, in Sibiu, Transylvania, Romania.

The 16th ARTmania edition brings 3 days filled with concerts, alternative events and unexpected collaborations, more details on the novelties, surprises and new confirmed artists for the 2023 edition will soon follow.

Emperor (NO), the band which pinned the Norwegian symphonic black metal on the international music scene and which made history in more than 30 years of existence, started its story in ‛91, when it launched the now legendary demo entitled “Wrath of the Tyrant”, the fruit of the collaboration between Ihsahn (guitar/ voice), Samoth (drums) – the two already performing together for some time – and Mortiis (bass).

This material, who brought the band members into the underground scene’s and Candlelight records’ attention, was soon followed by “In the Nightside Eclipse” (1994), the debut album which got them the critics and fans appreciation together with international fame. This success also brought changes and some turbulent times, which were although balanced by the “Reverence” EP (1996) and the legendary “Anthems To The Welkin At Dusk” (1997). The latter one, an album of epic savagery, was not only featured in almost every “album of the year poll” across the globe, but actually won the album of the year in both Terrorizer (UK) and Metal Maniacs (USA).

After a series of new materials, like “IX Equilibrium”, international tours and shows performed at the biggest festivals around the world, in 2001, Emperor launches “Prometheus – the Discipline of Fire & Demise”, An epic and progressive metal album that once and for all marked Emperor as one of the most adventurous and gifted Black Metal band of all times. “Prometheus” however also represented Emperor’s swansong, as the band went on hiatus which will last until 2005. During this year, the group exalted the international metal community with a surprise show in Oslo, also announcing they were reforming for a few selected reunion shows in Europe and USA.

In 2014, Emperor celebrated the 20th anniversary of “In The Nightside Eclipse” with exclusive performances in Europe and Asia and continued its activity as a headliner at some of the largest metal festivals, like Wacken Open Air (Germany), Hellfest (France), Graspop Metal Meeting (Belgium), Tons Of Rock (Norway), Loudpark (Japan), Heavy MTL (Canada) or Summer Breeze Open Air (Germany).

Emperor is a phenomenon which continues to captivate fans around the world, the band being determined to offer an unforgettable show in the heart of Transylvania, during the 16th edition of ARTmania Festival.

SAMAEL (CH), a music project born in 1988 in an atomic bunker from the Swiss Alps, has been inspiring music fans for over three decades, having over 1.000 concerts performed around the globe.

Started by the Xy and Vorph brothers as a black metal duet, the project managed to draw the Century Media’s attention, a label in full growth at that time, with which SAMAEL launched its second album, entitled “Blood Ritual”. “Ceremony Of Opposites” (1994), “Rebellion” (1995) and “Passage” (1996) followed, each new disc being accompanied by tours, shows and performing on the stages of the most known festivals of the time, like Dynamo, WOA or With Full Force.

The inspiration continued to guide the band members, thus bringing to light a series of materials like “Eternal”, which was registered at the famous Swiss Mountain Studios (a Queen’s Museum today), “Reign Of Light” (2004), “Solar Soul” (2007) and others which culminated with “Lux Mundi” (2011), album which crowns over 20 years of the band’s existence and which builds a bridge connecting all the sides, and personalities of the entity known as SAMAEL.

The band’s musical journey, carried on under the sign of exploration and continuous integration of new elements of music genres, helped the creation of a specific SAMAEL mark. The classic black metal beginnings were enriched along the time by a daring mix of metal and industrial, seasoned with massive beats, martial rhythms and up-tempo or blast beat. Another element which contributes to the SAMAEL unique sound is the use of a drum machine in studio and live on stage.

And this rich and always surprising mix of music styles, influences and approaches will charm ARTmania Festival 2023 participants, who will witness a show bursting with a contagious energy.

Pain of Salvation (SE) reconfirmed their presence and will return on the Large Square stage after seven years, bringing their latest album in front of the fans. „Panther” is a material which explores meanings and depths yet untouched, being dedicated to the restless, the shy, the motormouths, the passionate, the ones who go far beyond the point of reason for what they believe in, the outsiders, the diagnosed, the medicated, the hungry, the sad, the ones walking around daily trying to understand how to fit in with this species, with this era.

The band, who succeeded to stay for almost three decades in the forefront of the international progressive music scene, are well-known for their concept albums, and this latest work does not contradict this tradition. „Panther” comprises 9 music pieces, comes after three years after the „In The Passing Light Of Day” launch, and was recorded, mixed and produced by Daniel Gildenlöw (band’s leader) and Daniel Bergstrand (In Flames, Meshuggah, Devin Townsend). If the themes approached in the past were referring to war and its effects on human race and families, environmental problems like nuclear energy or the nature of the divine, „Panther” focuses on the individual, on its inner universe, on the painful conflicts born from the lack of meaning and from the contradictions of the modern society.

Festival passes for ARTmania Festival 2023 can be already purchased at the official website ( www.artmaniafestival.ro ) and iabilet.ro at 350 lei/ pcs. + taxes, available within the limit of available stock, but not later than the date of the next announcement, which will take place in October 2022.

ARTmania Festival, the first Romanian festival that has brought on the local market the concept of ​​combining the art with entertainment, is a platform dedicated to promoting all forms of artistic expression inspired by rock culture. 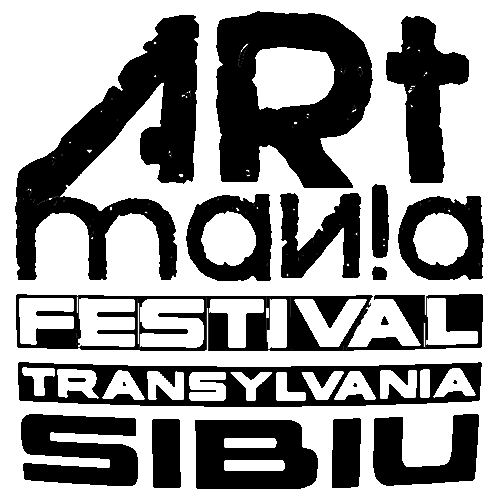