“Scream for me, Wacken!“

Wacken Open Air 2023 will be a big one, no doubt. And a lot of it, because it will be a four-day-festival for the first time. While in 2022 fans needed an extra ticket for Wacken Wednesday, that day will be included for everybody in 2023 – the festivities will start officially on Wednesday, Aug 2. We all know it’s true: Things have to get loud in the North during the first weekend of August. And we all missed it, that’s for sure. Just have a look at the big metal party currently underway…

These are the first band announcements for 2023:

Iron Maiden
There is not a single metalhead that doesn’t know them. And we can’t think of a band that has defined classic heavy metal as much as they have. So consequently, there might very well be no band that is a better fit for the „holy ground of metal“: British legends Iron Maiden will return to headline at the Wacken Open Air for the fourth time! So get ready for impressive production, a passionate performance, amazing music and of course Eddie! It has been seven long years since those iconic words have been heard: „Scream for me, Wacken!“

Megadeth
They rank among the legendary „Big 4“ of thrash metal, after shaping the genre since the early eighties. Still offering some of the sharpest riffs in the business, Megadeth will return to Wacken for a third time in 2023.

Dropkick Murphys
We wanted to have the Dropkick Murphys for years. In 2020, in was going to happen, but, well, something else did. Then in 2022 the scheduling didn’t work out. So in 2023 the time has finally come: These irish-american folk punks will grace our stage! Get ready to sing, get ready to dance.

Wardruna
It’s the first time for Wardruna in Wacken, the band started by Ex-Gorgoroth drummer Einar Selvik. Their characteristic brand of nordic folk was even featured in the TV hit show „Vikings“, giving the whole genre a massive push.

Beartooth
Their blend of metalcore, punk and rock has first and foremost one characteristic: it’s bursting with energy. And this is exactly what we need, isn’t it? We’re very much looking forward to the first time these berserkers from the US play our festival.

Ensiferum
Unsheath your swords! There are not many bands that can pay musical tribute to viking culture as enthralling and powerful as Ensiferum from Finland.

Pentagram – 50th Anniversary Show
It has been more than five decades since Bobby Liebling started Pentagram – and gave Doom Metal in general a huge push. One could argue that these guys even shaped the genre and gave it its ominously pulsating life. So this is an anniversary worth celebrating – which Liebling will do with a special show in Wacken.

Jinjer
Jinjer, a four-piece hailing from the Ukraine, are one of the hottest bands in modern metal these days, is conquering country after country with relentless touring and placing their last album in the German Top 10. Their debut show at W:O:A 2019 made a lot of heads bang and people jump, so we asked them to return.

Nervosa
We wanted to have thrash/death masters Nervosa for W:O:A 2020, but it was not meant to be. So we’re especially happy to have booked those four metal ladies from São Paulo for our 2023 edition.

Deicide – Special Legion Show
It’s only 29 minutes long, but that was enough to turn it into a milestone for Death Metal. One could even argue that Deicide were ahead of the times with their sophomore album „Legion“ in 1992. Let’s celebrate it with a „Special Legion show“, shall we?

Burning Witches
Traditional Heavy Metal from Switzerland: The Burning Witches have been playing Wacken in 2019, they return in 2023. So let’s raise the horns!

Two Steps From Hell
This will be something out of the ordinary: Two Steps From Hell, a duo from Los Angeles, have amassed millions of followers with their brand of „Epic Music“, used in thousands of movies, trailers, series, spots and games, turning them into the biggest in their field. At the W:O:A, their first festival ever and only festival in Europe in 2023, they will perform a special and unique Wacken set – epic music for an epic festival. 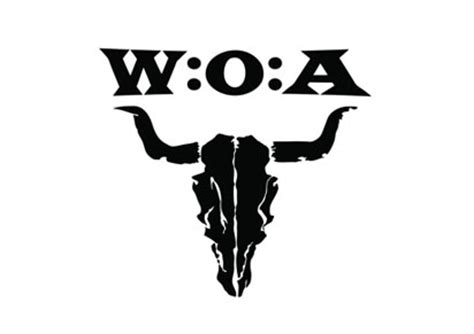