BEHEMOTH / ARCH ENEMY / CARCASS / UNEARTH / VENDED / EVIL INVADERS / SUICIDAL ANGELS / HARAKIRI FOR THE SKY
You may recall we had a handful of bands left to announce. As it turns out we’ve got more than a handful for you – as well as an awesome surprise we’ll keep under wraps for now. Unfortunately there’s a bit of bad news as well as both Municipal Waste and Phil Anselmo have cancelled their European tour for this summer. Luckily we were able to find worthy replacements and we’re happy to add them to our list of confirmed acts. Much to the fans’ regret BEHEMOTH! and Arch Enemy were unable to lay siege to Forest National as originally planned so we’re stoked to announce they will headline our Prison Stage on different days. Arch Enemy will be showcasing their new ‘Deceivers’ CD, which is set to drop in the run-up to the festival. Behemoth’s eagerly awaited new album will hit the shelves a few weeks later. Arch Enemy’s most recent Alcatraz performance dates back to 2014 – has it really been that long? All the more reason to look forward to their triumphant return to Kortrijk!
Earlier we announced Accept had been added to the schedule. The German metal pioneers are the authors of a slew of metal classics and will close out proceedings on the Main Stage on Day 1. Fireworks guaranteed! Carcass last laid waste to Alcatraz in 2015. The godfathers of grindcore recently unleashed a new slab with ‘Torn Arteries’, a savage new chapter in the discography of these melodic death metal legends. Get ready for a mix of new and old tracks, each more brutal than the last.
American metalcore stalwarts Unearth and the young dogs from Vended are both making their first Alcatraz appearance. Like Slipknot, Vended hail from Des Moines, Iowa, and in addition to the geographic and musical link, the fledgling rock band features the sons of Slipknot’s Corey Taylor (Griffin – singer) and Shawn ‘Clown’ Crahan (Simon – drummer).
With Evil Invaders we welcome yet another talented Belgian band and they’re itching to ram the tracks off their new album ‘Shattered Reflection’ down our metal-guzzling throats. Incidentally, with Evil Invaders the number of Belgian bands at this year’s edition is nudging 30, illustrating our lasting commitment to billing homegrown talent.
Municipal Waste’s cancellation forced us to look for a suitable replacement and that brought to mind last year’s memorable performance by Greek thrash heroes SUICIDAL ANGELS. Would they be in for an encore? Damn right they are, the deal was sealed in no time.
And last but not least we offer you Harakiri for the sky. This Austrian band has matured into of the figureheads of the post black metal scene with an unrivalled mix of melancholy shoegaze on the one hand and ferocious black metal on the other. Last year’s happy reunion with friends and a truckload of standout performances are still fresh in our minds and with just over six months to go to the 14th edition of our little prison party the countdown can start in earnest.
TICKETS

As if our 2022 line-up wasn’t impressive enough already with over 90 confirmed acts, we’ve got an end-of-year surprise for you with another 14 bands for next year. Alcatraz regulars will undoubtedly know that we like to bill bands from all corners of the metal spectrum and cater to a multitude of tastes. This has always been a cornerstone of our philosophy and this year is no exception. From heavy metal veterans ACCEPT to their black metal countrymen Der Weg einer Freiheit and on to Prussian natives and metalcore/industrial sensations Eskimo Callboy, variety is still the operative word. Or how about NWOBHM stalwarts Diamond Head, without whom Metallica might never have existed. While we’re on the subject of Metallica, their legendary late bassist Cliff Burton was a member of TRAUMA in the early 80s. With a new line-up and armed with a new album, they are the umpteenth Bay Area band to play Alcatraz. George Harris is the son of NWOBHM legend and Iron Maiden leader Steve Harris. His band The Raven Age plays a different kind of metal altogether but it hasn’t stopped them from making some serious waves these last few years. Dutch rock fiends peter pan speedrock have only one gear: full throttle. They’re back after a six-year hiatus but that won’t keep them from setting La Morgue ablaze. Two more incendiary bombs are set to drop on Kortrijk this summer: both Cattle Decapitation and Lorna Shore have their own bone-crunching take on brutal death metal. By comparison, Americans Wo Fat turn the speedometer down a few notches but stoner enthusiasts couldn’t care less. Putting together a festival bill means making some tough decisions. It was a toss-up between Evil Dead and Agent Steel but ultimately we settled on EvilDead to bolster the generous selection of thrash bands already on the roster. Last but not least we’re pleased to introduce three homegrown bands that deserve our full attention: death metal revelations Mordkaul’s infectious tracks are indebted to Swedish melodic death metal, Cobra The Impaler is a regular hoard of talent – Mastodon, anyone? – and killthelogo is the evil bastard brother of the defunct .Calibre. We hope this new cache of bands will add some flavour to your end-of-year holidays! Fewer than ten bands to go now, including our headliners, so keep your eyes and ears peeled!

THIS IS SONIC SUNDAY!

No, we didn’t forget about the fans of the more melodic brands of metal. Sonic Sunday focuses on more traditional (hard) rock, power metal and heavy metal. Over the past five days we’ve announced more than 90 bands from a variety of subgenres, including some real niche bands. That’s Alcatraz all over! So is that it? Not by a long shot! We can’t announce the final 20 bands just yet but stay tuned because there’s more to come, including the names of THREE HEADLINERS.

Slamming Saturday is up next and that means the bands we’re announcing today will bring the mosh pit into your home. For many years, hardcore, metalcore and nu metal have provided the perfect ingredients for a wall of death and circle pits. On Slamming Saturday we will have the pleasure of billing some of the household names from these genres: New York style, California style, Belgian style and – with Bloodywood – even Indian style. Yep, we felt it was high time Alcatraz put these genres in the spotlight!

Freaking Friday kicks off the weekend with bands that are tough to pigeonhole and take the label ‘progressive’ to the next level. Whether it’s post metal, post rock or djent, we’re serving them up on the same plate as the cream of the crop of the psychedelic, doom and stoner scene. It’s common knowledge that Belgium is a fertile breeding ground for this kind of music so it’s no surprise that nine Belgian acts made the cut.

===
THIS IS THRASHING THURSDAY!
For a festival that started out as an event with a predilection for (Bay Area) thrash today’s announcement is very close to home. Next year we will have the pleasure of welcoming a generous selection of seminal thrash bands from the San Francisco area with Testament, Exodus, Death Angel, Heathen and Vio-Lence. Also, Phil Anselmo will play a set with nothing but Pantera classics and we’re also looking forward to a new Cyclone chapter at Alcatraz as well as fellow heroes-from-back-in-the-day Warhead.
Testament, Philip H. Anselmo & the Illegals, Exodus, Death Angel, Vio-Lence, Municipal Waste, Exhorder, Heathen, Satan, Cyclone, D.R.I, Enforced, TWOS • Turbowarrior of Steel, Lethal Injury, Warheadband
If you like your music a bit more sluggish, experimental and psychedelic and you enjoy the occasional toke then tomorrow is your day
===
As announced last Friday, we’ll be sharing the names of all confirmed acts for Alcatraz 2022 over the next five days. First up is Wicked Wednesday with a string of black and death metal bands!
Cannibal Corpse, Satyricon, Watain, Napalm Death, Enslaved, The Black Dahlia Murder, Dark Funeral, Abbath, Aborted, Suffocation, Necrophobic, Benediction, Uada, 1914, Panzerfaust, Wolvennest, Krisiun, Misery Index, Marche Funèbre, Saille, Thanatos, Fractured Insanity, Parasite Inc.
Stay tuned for more fire in the hole tomorrow with THRASHING THURSDAY 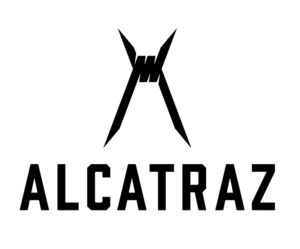